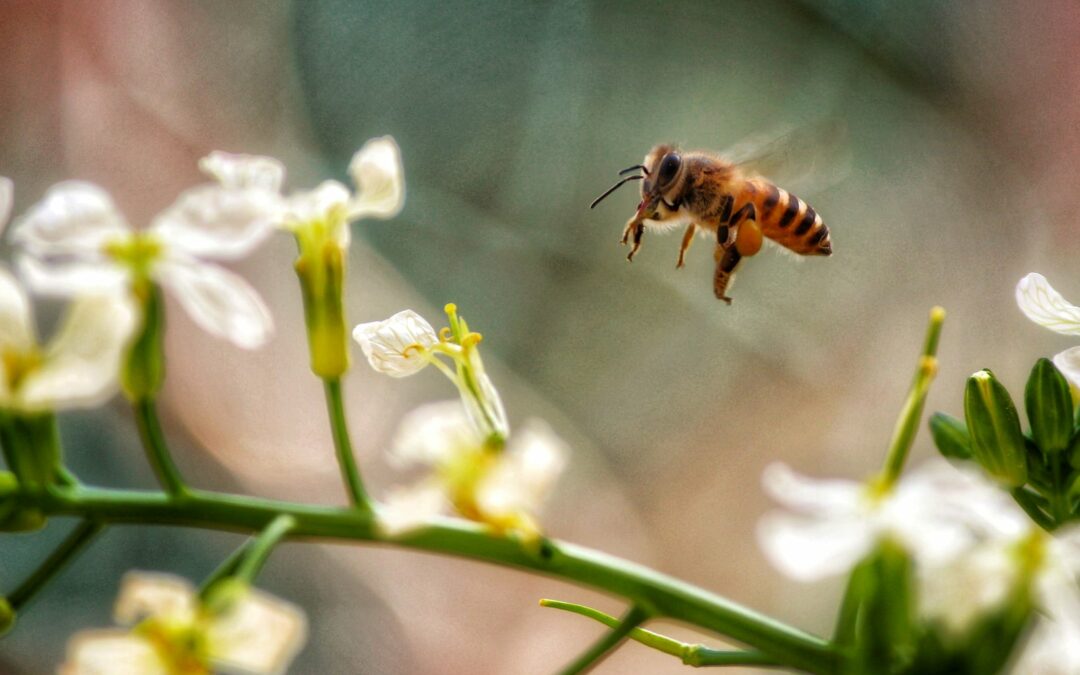 I got stung a bit ago.
I was cleaning our apartment and was taking some trash out. When I opened the doors to the apartment dumpsters, a large swarm surrounded me. I, of course, handled the situation like a true hero, by throwing my trash bags into the air and running while waving my arms and yelling “AHHHH!”
Two of the wasps managed to get me before I could get to safety. One on the arm and one just above my right eye. Before this happened, I had never been stung by anything, so this was a new sensation. One of great ‘ouch.’ I searched the internet for what to do and quickly managed to clean my bites, but not before my eye swelled like a small melon.  As I sat on my couch with an ice pack, I gave some thought to what had just happened and pondered the reason why it did.
I’d like to consider myself a nice guy. I’m especially friendly to animals. I’m a vegetarian. I work to reduce my carbon footprints. When I find a bug inside my home, I carefully pick it up and remove it, as opposed to stomping it with my shoe. When it comes to the creatures of this world, I’d hardly see myself as a threat.  So why did they sting me?
Among my internet searches on how to medicate my wounds, I also did some searching as to why they would attack such a nice guy like me.
Turns out, it really had nothing to do with my loving personality, but rather how I was perceived. While I was doing what I thought was best for my apartment and the world, (some of my trash bags contained recycling) the wasps saw someone posing a threat to their very existence. They saw danger.
As I approached with my trash bags, the wasps saw something to fear and a primal instinct took over.  It wasn’t personal. The wasps just didn’t realize my motive wasn’t hostile. They didn’t understand that not all humans are bad people. While there are times they must protect against danger, this was a time they simply misjudged.
As humans, we can be quick to judge as well. It can sometimes be difficult to see the motives of our neighbor. And many times, we do not want to take the time to investigate further.  Without looking into things, we may not always know for sure if someone means us well or means us harm. But rather than taking the risk to converse, inquire, or share, we frequently think it is just easier to assume the negative.  We assume the worst; we judge, and we “protect ourselves.”
It can be argued that we humans are more advanced than wasps, yet we so often act the way the wasps do. We easily group people into categories and mark them friend or foe. The friends are the ones we often agree with and quite often, are not too different from ourselves.
As for the ones we disagree with. The ones we see as different. They are labeled the foes.
With the foes, we jump to “protect mode” and attack. We put them in groups, and we go after them all. We judge the ‘swarm’ and fail to see the individual people. In doing so, we far too often, villainize the innocent.
We are quick to sting, and we hurt people.
Today there seems to be many distinct identities being lost in the groupings and swarms. There are many that find it easier to judge the mass and not each individual person.  It can seem easier to just say, “All Republicans are bad,” All Democrats are bad,” All protesters are violent,” all Black Lives Matter advocates are anarchist,” “All Police Officers are murderers,” “All Muslims are terrorist,” “All immigrants are criminals,” All this. All that.
In our hearts, we know this is never the easy way. This swarm mentality is always the way that leads to more judgmentalism, more racism, more bigotry, more prejudices, more repression, more abuse, more heartache, more fighting, more pain, and more sorrow.
There are things that need correcting in our world. There are causes that are worth championing for. There are many things worthy of debate and conversation.
Imagine what would have happened if I were able to communicate with the wasps. If they could have seen me, not as part of an evil group, but rather as an individual. Could we have talked things out? Could we have avoided the pain of the stings? Could we have reached an understanding? Could we have found peace between our differences?
And can we, as intelligent human beings, do the same for each other?
I know it seems like a massive undertaking to try and bring peace to so much division. But it doesn’t have to begin with the masses. It can begin with the individuals.  It can begin with each one of us.
Can we begin today, to look for the individuals instead of the swarms? Can we look for the person instead of the groupings?
Can we take the risk of communication without assumption? Can we work to see the person, rather than the prejudice? Can we not look for the threats, but instead, seek the opportunities?
Can we be better than wasps, protecting a dumpster, and work together to help usher in the Kingdom of Heaven?
“I have said these things to you so that my joy may be in you, and that your joy may be complete. This is my commandment, that you love one another as I have loved you.” John 15:11-12
May we all see fewer villains and more neighbors.
Pastor Trever Rook