Faith On The Path 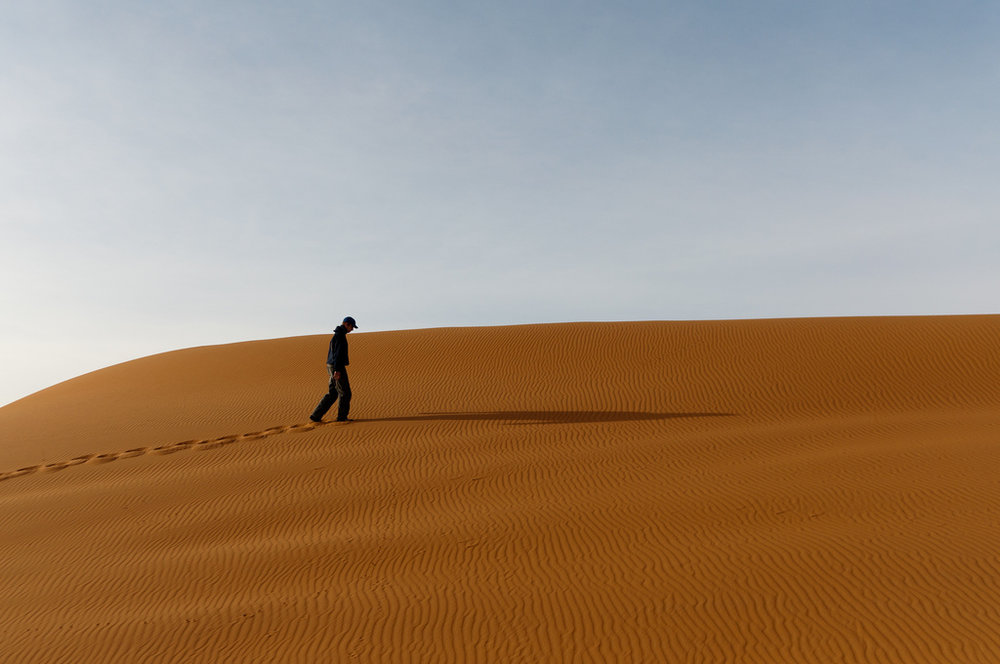 A while back, a guy, now named Abraham, was called to leave his home.  God said that Abraham would be the beginning of something great.  And without hesitation, Abraham packed up his things and with his family, left to follow God.  What an act of Faith.

But then things got a bit difficult.

There was a food shortage in the desert.  People began to get hungry and worry about their next meal.  Naturally, Abraham wanted to care for his people.  Under God’s call, he had taken his followers on a new adventure.  Abraham had heard the call of God.  His tribe had not, but they were following their callings through a trust in Abraham.  They trusted that Abraham was following the word of God.

But Abraham also began to worry.  The road they were on was becoming more difficult.  God was not leading him step by step.  Abraham had his first set of instructions from God and was to follow those for now.  But worry was beginning to fog those instructions.

What if they ran out of food?  What if people began to starve?  What if they left Abraham to go off on another path? What if the mission to follow God died right there in the desert?

Abraham had a lot to be concerned about.

The easy thing to do would be to do what everyone else was doing.  Go to Egypt.  Egypt had food and they could go and stay for the duration of the drought.  Of course, Egypt wasn’t mentioned when God called Abraham to “go.”  Should Abraham stay the course of the original call?  Or should he take an easier route and do what everyone else in the desert was doing, go for the meal?

Abraham decided to veer from his course and go to Egypt.  There he was sure he could get a meal and keep his followers with him.  Everything would be fine in Egypt.

Once they got to Egypt, Abraham realized that the Pharaoh was partial to women he found attractive.  Abraham’s wife Sarah was one that Abraham knew the Pharaoh would be attracted to.  Abraham and his tribe now had a new problem.  If the Pharaoh liked Sarah, he would take her and kill her husband Abraham.

Abraham now had to make another decision. He told his wife Sarah, to tell the Egyptians that she was Abraham’s sister and not his wife. If she did this, the Egyptians would then give Abraham supplies and food for Sarah.  And that is just what they did.

Abraham got his food and supplies. But Sarah was taken and placed into a haram of wives for the pharaoh.  Otherwise known as sexual slavery.

According to the biblical account, God inflicted an illness to take over the Pharaoh and his household because he had taken Sarah.  When the Pharaoh realized that Sarah was indeed Abraham’s wife and not his sister, he became furious.

“What have you done to me?” he said. “Why didn’t you tell me she was your wife? Why did you say, ‘She is my sister,’ so that I took her to be my wife? Now then, here is your wife. Take her and go!” Then Pharaoh gave orders about Abram to his men, and they sent him on his way, with his wife and everything he had. – Genesis 12:18-20 (NIV)

It’s true that Abraham was allowed to keep everything that the Pharaoh had given him for Sarah.  sheep and cattle, male and female donkeys, male and female servants, and camels. He had gained materials and people.  But at what cost?

His wife Sarah had been abused and victimized.  In the trade with the Pharaoh, Abraham acquired servants, thus playing a part in the loss of freedom of other people.  And no one was any closer to the mission God had called Abraham to be part of.  All because Abraham chose, what looked like the easier path to take.

The Bible never mentions whether Abraham sought word from God before going to Egypt.  We do know, through other historical records that people did go to Egypt in famines.  We do know that Abraham was following a path that others had been on.

But does God always want us to follow a path that others have already taken?  Maybe God wants us to take a route more unique.  One that may be forged for others.  Maybe one just for us.  It’s easier to tell if we spend time seeking God in prayer and in worship.

Sometimes the road we are supposed to be on is the one we have the least amount of faith in.  Sometimes we want to take a path that appears easier.  One that seems more comfortable than the one we are on.  It can be difficult to determine which path God wants us on.  Even more difficult if we do not continue to seek God on our path.

We may be hungry, but perhaps it is God we are hungering for.

We may be uncomfortable, but perhaps it is in Jesus that we can find comfort.

We may be worried, but perhaps it is in Christ that we can find reassurance.

The best path to be on is the one in which you invite our Lord to lead.