No Place For Humor! 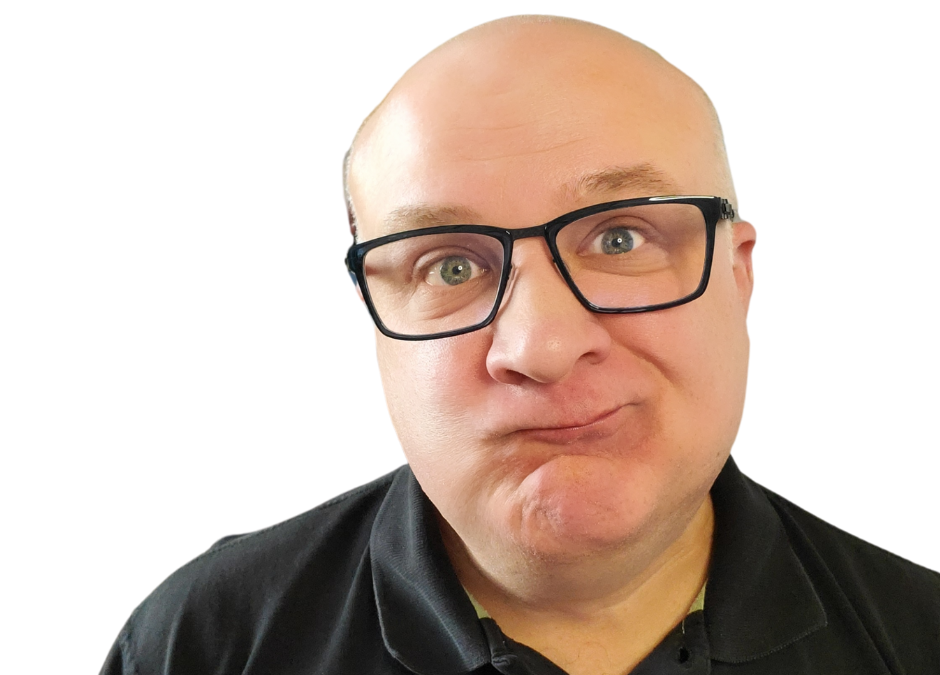 The first joke I ever wrote for stand-up comedy was based on Jesus.  I pondered what life as a child and teenager must have been like for Jesus and his friends and family.  Did he ever get scolded for playing on the water? Was he always crowned prom king in high school? Etc.

The joke played well on stage for the most part.  But there were times when someone would tell me that Jesus was nothing to be joking about.  One time, I was performing the bit on stage and saw one of my old high school teachers in the audience.  After the show, they told me that they were very disappointed in me and jokes like these would never lead to success of any kind.

Well, they were kind of right.  About a year later I was informed by another comedian that my routine had been stolen, nearly word for word, by another comic and he was getting a lot of milage out of it.  In fact, one night in a hotel I witnessed the comic performing my material on a special for the Showtime network.  At least it brought someone success.

Over the years I have heard, many times, that Jesus and humor is a very touchy subject.  To say anything about Christ or Christianity in jest was considered controversial.  I started to believe that Christians were not people with a sense of humor.

But that changed after I met a pastor named Steve.  Shortly after I began attending his church, he caught wind that I was into comedy.  By this time, most of my comedy was in commercials, playing funny characters and doing a bit of slapstick comedy.  (When you look like a cousin of the three stooges, you are often asked to play the part).

Steve invited me to start doing some comedy during his church services.  He would tell me the topic he was preaching on, and I would come up with some kind of comic bit to go with it.  Sometimes we would pre-record something, but many times I would just interrupt him and then do some ad-libbing.  By the time I left stand-up, ad-lib comedy was what I preferred doing.  I spent many years in radio and on stage, asking people how they were doing, what they did for a living, etc., and made up the comedy as we went along.  It was scary and exciting at the same time and I loved it.  But I never once thought I would be doing something like that in a church on Sunday mornings.

Steve encouraged me to continue doing what I was doing.  He loved the repartee, had great respect for humor, and knew the church was a great place for it.  Eventually, Steve even invited me to give some sermons.  He knew I would ad-lib and go off the cuff, but he also knew people would see my honest self.  Unlike some of the audience members from my stand-up career, he didn’t fear the mixing of Christ and comedy.

After some years of doing this, my faith had grown and I began to feel a tug to become a pastor.  I fought it for a while but the tug got stronger and off to pastoring school I went.  I never intended to be a comic pastor, but did want to be my honest self.  Sometimes, my honest self is serious.  Sometimes, it’s not.  And while I always took the love of Christ seriously, I also felt the joy of it.  And sometimes our joys lead us to a place of light-heartedness. And even to a place of humor.

After becoming a pastor, I felt I was doing what I was supposed to be doing.  I felt like I was exactly where God had wanted me, and I felt I was where I wanted to be.  I loved leading, helping, serving, and sharing the love of Jesus with anyone and everyone.  I loved telling people how much Christ loves them. I loved encouraging people to be their best honest selves while I did my best to show them my best honest self.  Sometimes that honest self had an attitude of seriousness, sometimes it didn’t.

I have never thought of pastoring, the same way I’ve thought of my career as a comedian.  But I have thought of both of these careers as major pieces that make up the person I am today.  They are both very much a part of me, and I believe, they are both blessings from God.

But as my life as a pastor continued, I did run into people who did not think the church was a place for humor.  In one of my first appointments, I served for a very short time as an associate pastor.  That was until I was called into the lead pastor’s office.  I had done a few things during services and during those times, I had made some silly comments. (It was a communion Sunday, and I told them all to save room because we might have enough for seconds.)  The slight humor was enough to upset the lead pastor.

As I sat in the office, the lead pastor and another associate stared me down and told me sternly, “The church is not a place for comedy and humor should never be part of worship.”

Since then, I have heard differing views on the use of comedy in the church and especially the role humor should play by a pastor.  There are some who emphatically feel humor should not be used by someone leading a church.  “Comedy and clergy do not mix.”

Over the years, I have honestly struggled with this a bit. I began to think that my old pastor Steve was an anomaly.  I began to believe the critics and fought to repress the comic inside me.  I tried to hide that part of me in order to gain more acceptance from others.  When someone would ask about my career in comedy, I would simply reply, “That was a long time ago.”

And I wasn’t happy.  I felt like I was ashamed of who I was.  I felt like there was a part of me that was unlikeable.  My insecurities grew and I became more confused as to who the person was that I saw each day in the mirror.

I started to believe that a pastor had a certain personality and I had to fit into that personality if I wanted to be a successful pastor.  I tried to look and act the part.  I looked at other clergy and tried to be more like them.  While I continued to encourage others to be their honest selves, I was trying to hide a big part of who I was.

But people are often very insightful.  Many times, others can see what we think we are successfully hiding.  Even when we try to put on a mask, our friends can see what is behind it.  While I thought I was hiding the clown inside me, I kept noticing that members of my church were describing me as “funny.”  They would tell me that my humor was one of the things they liked best in having me as their pastor.

I didn’t even think I was being funny!  I thought I was being a very good serious pastor!  But they all saw right through me! Even while trying to hide, it and deny it, my humorous side would sometimes make its way out and people would get a glimpse of the real me.  And they would encourage me to be who I was.

I guess we are not really good at being anything but who we sincerely are.

I believe each one of us has an honest self.  Many of us have tried to hide who we are or be something we are not.  We compare ourselves to others.  We are criticized by others and by ourselves.  We look to be something other than who we are blessed to be.  We fight honesty and sincerity and try to live as an imposter, all because we think we are supposed to be like someone else.

But all along, God encourages us to be who God created us to be.

Beyond the critical voices from others and ourselves, there is Christ who tells us we are loved as we are.  That who we are is special.  That we all have gifts and uniqueness to help us be who we are today and to grow into who we become tomorrow.  Each of us is a blessing to be shared sincerely.

Sometimes it feels that there is one big square and we are all somehow meant to fit into it.  But we are not.  Life is not about squares or any other shapes, but rather individual lights.  And each light is meant to shine in its own unique way.  And it’s those lights that allow us to see our blessings, even in the darkness.

A few years back, I ran into the pastor who scolded me for using humor in the church.  To my surprise, they actually apologized for saying it.  They told me that it had taken a while, but they finally realized that humor should not only be allowed in worship sayinbut that it is a much-needed part of worship. I’m not sure what changed their heart on this, but I was grateful it had.

We truly can be who we are.  And we can truly find happiness within our honest selves.  The more we are honest with ourselves, I believe, the more we connect with God.

So, the next time, someone points a finger at you and says you should not be who you are, take my advice.  Just pull it, make a farting noise, and walk away knowing how wonderful you are.