There Have Been Differences In Opinions. 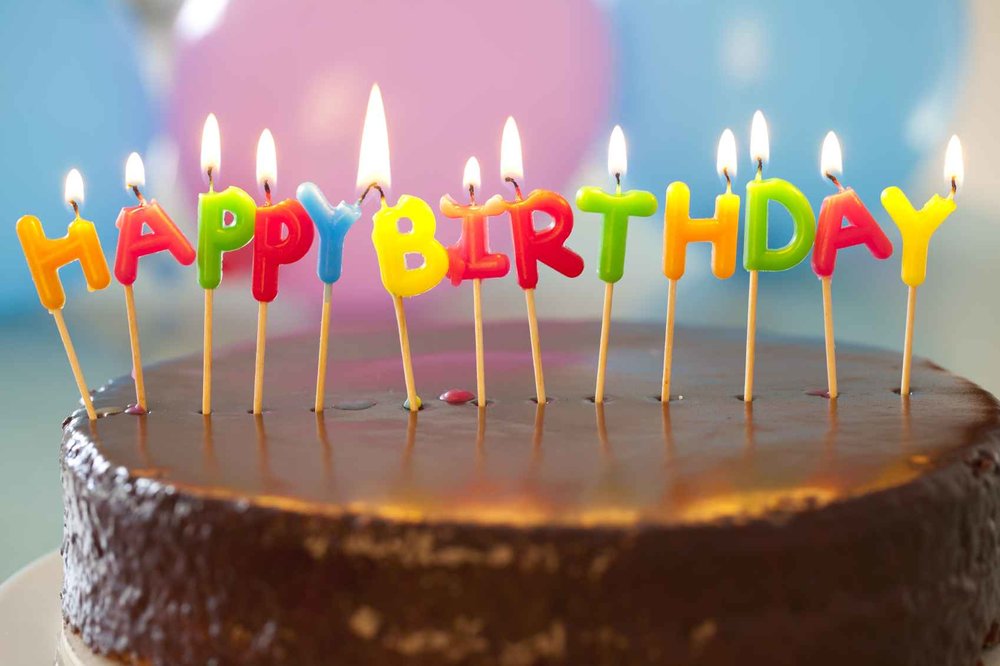 Well not the candles per say.  It’s actually the practice of blowing out candles on a cake.  It has always troubled me that, in a moment of celebration, someone blows with all of their might, onto a desert that is meant to be shared by others.

I believe this may be the only time in our lives that a group of people unanimously agree to digest a dish that knowingly contains the breath and spittle of another.  I have never seen a time, say at a deli, in which someone has come up to a table and forcibly blown on another person’s sandwich.  And if I had, I doubt very much, that the owner of the sandwich would then applaud and happily eat that sandwich.

But maybe that’s just me.

In fact, I have shared this story with others, only to be told that I am overreacting. I’ve even been called a party pooper.  (Don’t even get me started on that phrase.)  Some have even been offended by my lack of interest and even refusal to eat a cake that has been blown on.

There have been differences in opinions.

Amazingly, each time there has been a disagreement over celebrational blown cake, I have been able to remain friends with the ones I have disagreed with.  We have been able to continue as friends, family, and neighbors, even when we cannot possibly share a dessert together in unity.

When it comes to cake, I and others have been able to separate from each other in our opinions and yet remain peaceful.

Abram had a nephew named Lot.

They had travelled together for a while and both had accumulated many things.  They each had a large number of livestock, possessions, and people.  They had growing families, along with neighbors and employees.

Both had grown so much in people and possessions that they began to experience frictions between the two ‘tribes.’  People began to disagree with one another.  They fought over space and land.  The arguing became so frequent, that Abram and Lot had to have a conversation to address the ongoing issues.

Abram decided that, in order to keep the peace, the two families should separate.   As the two looked over the land before them, Abram invited Lot to make the first choice.

Lot looked around and saw fertile ground and cities on one side and chose to go there with his family and all of his people and possessions.  Abram remained in the area less populated and less abundant.

So often, as Christians, we think that we must agree on everything.  If we do not agree, we often have much trouble seeing a peaceful resolution.  Even as we work to be Christ-like and long for a loving world, we sometimes argue with one another continuously.  Our differing opinions become lines drawn with sides chosen and adversaries created.  Our goal is not to exchange thoughts, but rather to win arguments.

The thought of honoring our differences, is too often baffling to us.  We look for black and white in a world of so much grey.

Sometimes it is not about being right.

In the biblical story of Abram and Lot, the writer does not give many details regarding the arguments between the people.  There is some mention of not enough land and space, but no mention of specifics and no mention of who was right and who was wrong.  Perhaps, for the author of this story, it just didn’t matter.

What mattered was that Abram loved his nephew Lot and Lot loved his uncle Abram.  What mattered most to both of them was not who was right, but rather, how can they keep the peace.

Abram said to Lot, “Let’s not have any quarreling between you and me, or between your herders and mine… Genesis 13:8 (NIV)

Abram and Lot were able to separate in love for one another and in love for a peaceful solution. It would not be the last time they would see each other.  Nor would they stop caring for each other.  They were simply able to literally side their differences and disagree in a loving way.

If someone likes to eat cake that has been blown on by another, I do not see them as an enemy.  I do not continually hound that person in effort to win an argument.  We simply side our differences and disagree in a loving way.

But do we have the faith, to separate our differences without continuing to argue and fight?

Can we have sides and yet have peace between them?

Is it a matter of being right? Of winning?

If that is the case, then Abram must have seemed like the loser.  (at least at first.)

Abram, being the elder, could have taken any land he wanted and left Lot with whatever was left over.  He could have even ordered Lot to remain in the land as his subordinate.

Instead, Abram gave Lot the power of choice.

From first look, it would seem that Lot picked the best place and left Abram with very little.  Out of the quarrel, Lot and his team walk away with the fertile land. The winner claims the prize. Abram appears to be the loser.

But that wasn’t what this was about.

For Abram, it was about keeping the peace with his nephew.

Taking the left-over land, was not a loss when peace was what Abram was seeking.  And peace is what he achieved.

Sure, Abram could have worried over the loss of fertile land.  He could have looked at the two choices and thought he got the short end of the stick.  But Abram had two things going for him.

First, he had the goal of peace and not of possessions or of winning a fight.  Lot was not his enemy and remained his loving Nephew.

Second, Abram had faith in God.  He knew that, whatever he was left with, God would still be with him.  The land was never the prize.  Abram’s focus was on peace and a peaceful God.

In our differences, can we focus on more than winning an argument?

Can we give up things in our quarrels for the preservation of peace?

Do we have the faith that God will always be with us?

May we not focus so much on being correct but correct our focus so that we may love more.