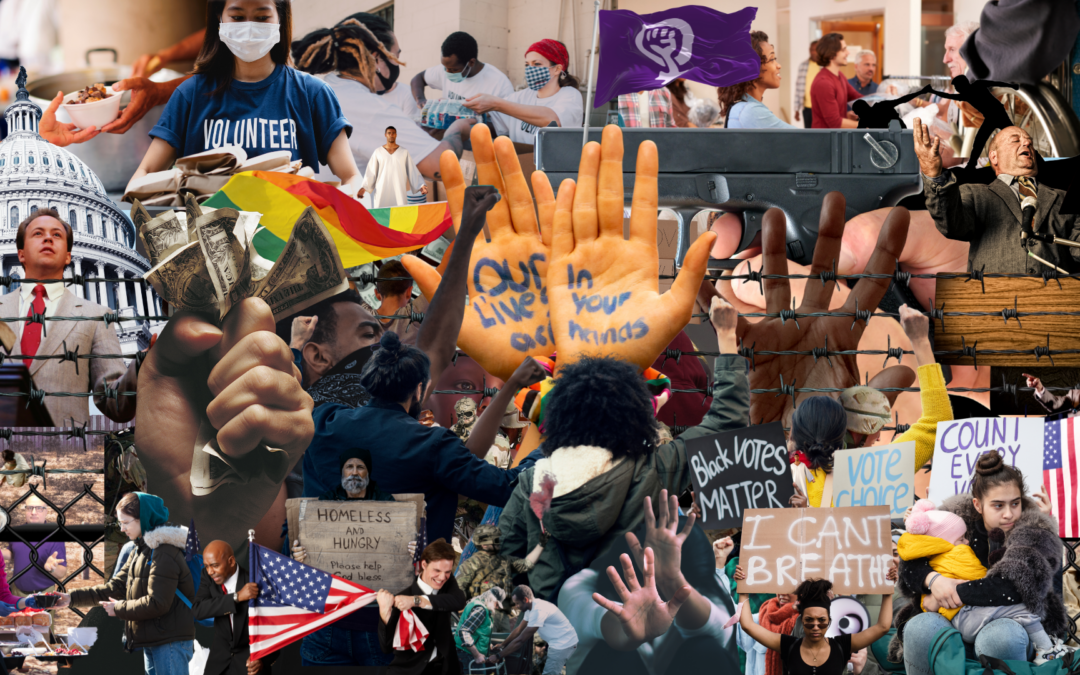 It always took me forever to find him.  There were always too many distractions.  I guess that was the point of the puzzle, but I often found it exhausting. I thought it was difficult to see him with all the other things going on.  I kept looking at the big picture and would get overwhelmed.

I remember looking through one of these books with my son and he always seemed to find Waldo, wherever he was.  Which only caused me to pout and resent my son. (Just kidding on the resenting part but not on the pouting.)

I asked my son how he could find Waldo so easily and he answered me so succinctly.

“I just look for what I’m looking for.”

He then preceded to give me his secret.  Right from the start, he would look for things specific to Waldo.  The traits that made Waldo the person he was.

Instead of focusing on all the chaos in the large picture and getting lost in the distractions, my son would look first for the colors red and white. Then he would look for a pair of glasses. Simply put, he looked for Waldo without letting all the other things discourage him.

I tried it and it actually helped. Rather than looking at all the distracting images and focusing on all the other nonsense going on in the picture, I started to just look for Waldo.

After we found him, then we would look at the other things going on. They would no longer be a distraction and we could even see more clearly what Waldo was even doing among the crowd of confusion.

Now I only told you that in order to ask you this;

Perhaps it depends on which picture we are looking at.

Some have looked at the picture of nations but couldn’t see past the borders, walls, and wars.

Some have sought him in pictures of governments but couldn’t see beyond the divisions, soundbites, and greed.

Others have tried internet searches and social media but became distracted by bullying, conspiracy theories, and harmful propaganda.

Many have even investigated pictures of churches but, could not hear Jesus’ name over the preaching of politics, judgments, and double standards.

But what if we looked for what we are looking for?

What if we looked for Jesus by looking into the things specific to him?

I’m told Jesus can be found in actions like compassion.

I’ve also been told he resides in forgiveness.

I know some have found Jesus in servanthood.

Others have communicated with him through grace and kindness.

Several have even welcomed Jesus as they were welcoming others.

Quite a few have stumbled upon him in their humility.

Others say they even found him in times of desolation.

There have been several sightings of Jesus in moments of peace.

And others say they found Jesus in Joy.

And nearly everyone says he can always be found in love.

Maybe if we looked for more things like this, we could find Jesus amongst the chaotic imagery.

Maybe that’s why there have been people who have looked at nations and witnessed Jesus in the many people working hard to open borders, tear down walls, and put an end to wars.

In some governments, Jesus has been observed in people reaching across aisles, sharing ideas, and unselfishly voting for laws to help secure the rights and respect of others.

Some have searched the internet and found Jesus through people sticking up for people, dismantling conspiracy with truth, and promoting kindness and hospitality toward one another.

And there have been people who, upon entering a church, overheard Jesus in messages of love, and found him in people welcoming all, helping each other, and sharing meals.

Today it can be really frustrating to look for Jesus.

There are many, many things to distract us.

I pray we can continue, even in the chaos, to look for what we are looking for.

I looked for Jesus today.

And I believe I have found him.

Today, he was discovered when I specifically looked for hope.