Why Do We Go To Church? 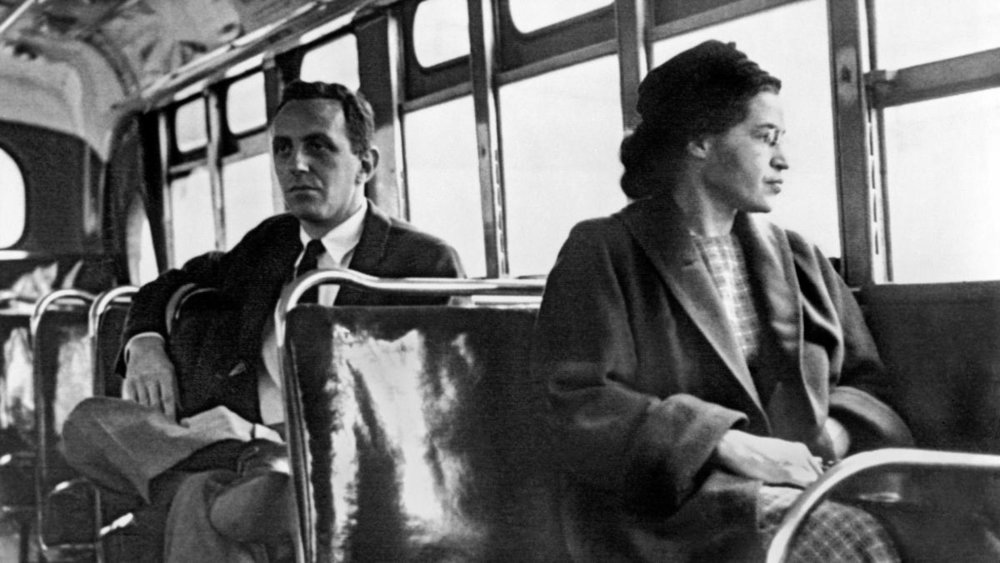 A little while back, about 68 AD, a letter was written to a church.

The letter, now known as Hebrews, was being addressed to some people who appeared to be slowing in their attendance and worship of God.  Some were beginning to have doubts as to the importance of church and this faith called Christianity.  For this particular population, it looked as if the popularity of the Jesus movement was waning.

As it was back then, so it seems today.  Many churches across the globe seem to be declining in attendance.  Many people today have become doubtful as to the importance of church.  Many people even question the existence of God.  In some populations today, the Jesus movement appears to be waning.

Back in 68 AD, the reason for the decline was frequently due to fear.  Christians were persecuted and life was not easy for the early followers of Jesus.  Sticking with the faith, was something that could be challenging.  It was often easier to survive if one denounced a Christian belief.  But for many, it was because of their belief, that they chose to live life as a Christian, regardless of the immediate consequences.  Their faith in Christ is what kept them going, even when this world presented its many challenges.

The author of Hebrews writes;

“Let us hold unswervingly to the hope we profess, for he who promised is faithful.  And let us consider how we may spur one another on toward love and good deeds, not giving up meeting together, as some are in the habit of doing, but encouraging one another—and all the more as you see the day approaching.” – Hebrews 10:23-25 (NIV)

The person who penned this letter, knew of the importance of church.  This letter serves as kind of a pep talk for people who were feeling frightened.  It was a reminder of the truth for people who were starting to feel frail and tempted to follow a path that led away from Jesus Christ and the message of love and grace.  The writer knew how much Christians needed church to strengthen and grow their faith.

Times were not easy for Christians and it was the church that helped people keep the faith and live out a Christian life.  For many, church was a weekly lifeline for their spiritual existence.  When they were afraid, church reminded them of the love of Jesus Christ.  Through songs, messages and friendships, church demonstrated a new way of living. Even in times of peril and suffering, church gave people hope. Hope in a kingdom we are just a shadow of.  Hope in an eternity we cannot fully comprehend.

Today there are some who are challenged in their faith by fear.  In parts of the world, the church is still persecuted and people are still punished for being followers of Jesus.  But there are also other reasons today why some have fallen away from church.  The truth is, for many, it is people from a church that has let them down.

People have been harmed, inside a church.

People have suffered, inside a church.

People have been ostracized, inside a church.

People have been abused, inside a church.

People have been hated, inside a church.

People have been forgotten, inside a church.

Throughout history, there has been hatred, violence, disrespect, abuse and other forms of evil, coming from people associated with a church.  Just today in the news, there are stories being reported of sexual assault in a church by church leaders.  If these kinds of stories continue to come from places that call themselves church, why would any of us want to go to church ever again?

Throughout history, there has been abuse among people of color and ethnicity.  Even in the times of Christ, there were things like segregation and slavery.  There was, and is to this day, racial abuse in our world.  In the United States of America, freedom has not always been experienced by all of its inhabitants. Our history of a nation is one that includes slavery, massacre, and prejudices.

There has been abuse, harm, suffering, hatred, and many other evils in this country.

In some areas, a person who was black, had to sit in the back seats of a public bus and give up their seat if a white person wanted it.

Some have said, if one did not like the laws, they could leave the country.  Some did.

But some stayed, to do the right thing.

In 1955, a woman by the name of Rosa Parks was sitting in the middle of a city bus.  She had just left work and was heading home.  The seat she was in was considered a natural seat.  A city ordinance stated that, people who were black, had to sit in the back of the bus and people who were white could sit in the front.  The middle area was considered a natural zone where anyone could sit.  Anyone unless someone who was white wanted to sit there.

On one stop, a large group of people who were white boarded the bus.  Seeing the extra people, the bus driver instructed all people who were black, to leave their seats in the middle and go to the back of the bus, where they could only stand.  Rosa, instead of moving to the back, slid over toward the window, allowing room for anyone to sit beside her.  There was room on the bus for everyone to sit, had they sat together.

The bus driver told Rosa again, to move from her seat.

As Rosa Parks herself told the story;

“The driver looked back at me and demanded, “Let me have those seats.”

I instantly felt God give me the strength to endure whatever would happen next. God’s peace flooded my soul, and my fear melted away. All people were equal in the eyes of God, and I was going to live like the free person God created me to be.  I refused to move.”

Rosa stayed on that bus because it was the right thing to do.

Because it was the Christian thing to do.

It’s a good bet that many people on that bus considered themselves to be Christian.  But Rosa was the one to act like a Christian.  She was the one to give hope and strength, and a shining example of what true Christianity means.  In a bus of sinful acts, Rosa Parks brought hope and dignity. She did not fight evil with evil. She treated her persecutors with respect.  She even offered to share her seat with anyone who wanted it.

Because Rosa Parks did the Christian thing, a civil rights movement began to grow.  One that promoted the words of Christ, “Do to others as you would have them do to you.” (Luke 6:31 (NIV)

James Farmer, founder of the Congress of Racial Equality, said Rosa parks had a “biblical quality,” saying there was “a strange religious glow about Rosa — a kind of humming Christian light.”

Rosa’s Christian stance also inspired a 25-year-old Rev. Martin Luther King Jr., whose own church was just a half-mile east of where Parks was arrested.

Perhaps this is why we must continue to go to church.  In a world filled with hatred, abuse and mean spirits, even in some churches, it is up to us to promote and encourage the true spirit of Jesus Christ.

Just like a bus with people doing evil things, we do not leave and allow the evil to continue.  We stay seated, in our place with Christian hearts and change the world.

As Martin Luther King Jr. said during a speech attended by Rosa Parks,

“Our country does not want to give us our freedom, we must demand it. We must protest the law of the land because it violates God’s law. But violence is not the answer. It is our duty to protest segregation, but we must do so with dignity and Christian love. Join me in praying that the radiant stars of love and brotherhood will soon shine over our great nation.”

As the author of Hebrews wrote nearly 1,950 years ago,

“Keep on loving one another as brothers and sisters. Do not forget to show hospitality to strangers, for by so doing some people have shown hospitality to angels without knowing it. Continue to remember those in prison as if you were together with them in prison, and those who are mistreated as if you yourselves were suffering.” – Hebrews 13:1-3

Today we need the church more than ever.  We need, more than ever, a place for people who are feeling frightened or frail and tempted to follow a path that leads away from Jesus Christ and the message of love and grace.

We need a place that helps believers stay faithful.

A place of encouragement.

A place where people can go and be spiritually uplifted.

A place where people can grow in their spirituality.

A place where people are loved, respected, and supported.

Church can still be a place where people can come together to worship Jesus Christ and be there for each one another.

Church can still be a place where people love their neighbors as Christ loves us.

We don’t know for sure who wrote the letter called Hebrews.  Some believe it was a person named Barnabas, some believe it was a man named Apollos, others think it was a person named Silas. Whether it was one of these or even someone else, one can be sure it was a follower of Jesus Christ.  It was someone that was part of a movement of love, kindness and grace.  Someone who believed.  And it was someone who was a member of a church.

“Therefore, since we have a great high priest who has ascended into heaven, Jesus the Son of God, let us hold firmly to the faith we profess.  For we do not have a high priest who is unable to empathize with our weaknesses, but we have one who has been tempted in every way, just as we are—yet he did not sin.  Let us then approach God’s throne of grace with confidence, so that we may receive mercy and find grace to help us in our time of need.” – Hebrews 4:14-16