Loved Exactly As We Are 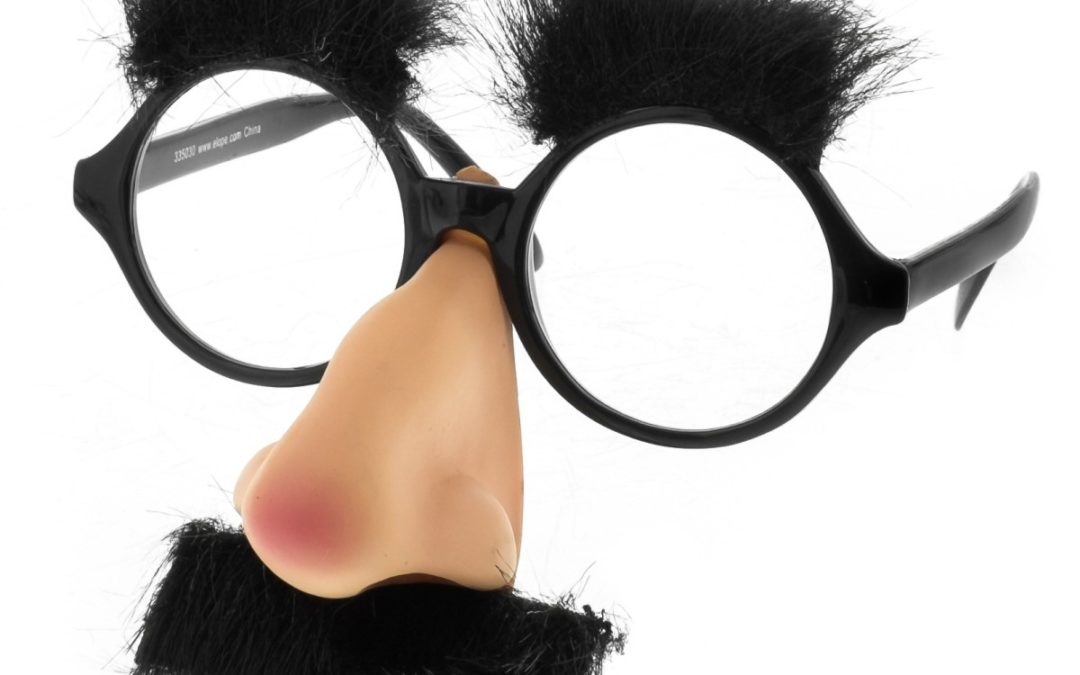 Fred Rogers of “Mister Rogers Neighborhood,” (a hero of mine) once said, “The greatest gift you ever give is your honest self.”

I believe this just might be the most important thing about being a follower of Jesus Christ.  As Christians, I’m not sure we are of any benefit without an honest faith in God and honesty within ourselves.  We can often define and judge and be defined and judged by our own sincerity.

In a past life, I was a comedian.
I worked as a stand-up comic on stage and on radio and television.  My job was to make people laugh. So naturally, when I felt called to become a pastor, I was confused.

The pastor of my home church wasn’t always funny.  Oh, he was occasionally a bit “folksy” but I seldom left church with a belly laugh.  Maybe God was telling me to stop being silly and to grow up and get a real job.

Proverbs 10:14 states, “The wise lay up knowledge, but the babbling of a fool brings ruin near.”  Some have compared comedy to foolishness. Was I being a fool?

Needless to say, my beginnings as a preacher came also with a bit of an identity crisis.  Who was I supposed to be?

And then, even beyond the fear of the delivery, was the looming fear of screwing up the message.
The Bible is a vast library of books with numerous stories.  Stories that have been debated and given multitudes of opinions and theories. Scholars, teachers, students and bystanders have chewed on the word of God since the word was given.  There have been arguments over meaning, intent, historical context, interpretations, even moods and feelings.

What if, what I was saying was not what God was wanting me to say?  What if, each Sunday God was listening to my messages and yelling down, “Stop saying that!” “That’s not what I meant!” “You Stink at this!”

Who in their right mind would want to receive the Holy Word of God from an old comic that spent most of his time asking audience members where they were from and then commenting with sarcasm?  How could I even trust a church that would have me as it’s pastor?

To quote a favorite preacher of mine,
“I refuse to join any club that would have me as a member.” -Groucho Marx

Perhaps it was Groucho’s Jewish heritage that led me to explore more scripture for answers to my growing questions and concerns.  And like my Jewish friends, I found myself browsing through the Torah for answers and inspiration.  That’s when I came across the exodus story.

Moses and I had some things in common.  We both had a bit of an identity crisis.  Our calls to ministry came when we did not expect it.  Moses stammered; I have dyslexia.  Both of us had careers before our call to ministry.  Of course, when I left my previous career, I didn’t kill anyone. (Always good to point out this difference, especially on a resume.)

Perhaps the one main thing I could identify with Moses was an overwhelming insecurity toward the calling. We both struggled to understand why God would be calling us.

“But Moses said to the Lord, “O my Lord, I have never been eloquent, neither in the past nor even now that you have spoken to your servant; but I am slow of speech and slow of tongue.” -Exodus 4:10

It was in God’s reply to Moses that I found my answer to preaching.

“Then the Lord said to him, “Who gives speech to mortals?… Who makes them mute or deaf, seeing or blind? Is it not I, the Lord?  Now go, and I will be with your mouth and teach you what you are to speak.” – Exodus 4:11-12

I had become so consumed with my anxieties and had forgotten that God was in charge.  I didn’t have to worry about being the “Comic Preacher,” or the “Serious Preacher,” or even the “Folksy Preacher.”

God was calling me to be me.

There was no need to label anything, only a need to be myself.  To be organic.  If I felt serious, be serious.  If I felt humorous, be humorous.  What’s most important is to be in God’s presence.

And there’s nothing foolish about that.

“For God’s foolishness is wiser than human wisdom, and God’s weakness is stronger than human strength.” -1 Corinthians 1:25

In prayer, practice and constant study, we Christians can listen for God’s continued guidance.  By our faith and disciplines, we can listen to God’s leading and encouragement.  We can answer God’s call right where we are and just how we are.  We owe it to ourselves to always be diligent in our faith practices of prayers and works to hear how God is guiding us.

In focusing on God and on God’s calling for us as we are, we can grow in spirit and in confidence.  We can be aware of our gifts and be aware of the places in which we need some help.  We can gain wisdom and maturity in our callings and explore the things that make each of us unique as disciples of Christ.

We can also be okay with sharing our own imperfections with each other.  We can glorify God by sharing our faith along with our most truthful selves.

As Paul said to the Corinthians;

“When I came to you, brothers and sisters, I did not come proclaiming the mystery of God to you in lofty words or wisdom. For I decided to know nothing among you except Jesus Christ, and him crucified.  And I came to you in weakness and in fear and in much trembling.  My speech and my proclamation were not with plausible words of wisdom, but with a demonstration of the Spirit and of power so that your faith might rest not on human wisdom but on the power of God.” – 1 Corinthians 2:1-5

And as Fred Rogers said,
“Knowing that we can be loved exactly as we are gives us all the best opportunity for growing into the healthiest of people.”

“Those are my principles, and if you don’t like them… well, I have others.”
-Groucho Marx